Sly & The Family Stone Honored As Artist Of The Month – Box Set To Be Released Later This Year! 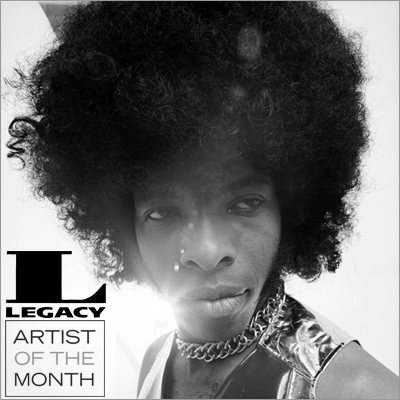 In every case, the Artist of the Month program provides fresh perspectives on musical legends whose sounds continue to affect people’s lives. The program enables new fans and deep aficionados the opportunity to focus on an essential figure in pop music history, whose principal catalog is a cornerstone of the Sony Music archives.

As a tribute to the far-reaching horizons of Sly & the Family Stone, the first hit-making interracial, mixed-gender band, a deluxe retrospective multi-disc box set is in production for release later this year on Epic/Legacy. Full details of the box will be announced in the months ahead, but it has been revealed that nearly one-fourth of the contents will be previously unissued material.

A visionary musician, composer and bandleader whose work transformed the 1960s and ’70s in ways that are still influencing generations of musicians in America and around the world, Sly Stone brought the funk into the mainstream by pushing aside every preconceived boundary of pop music. Sly & the Family Stone’s repertoire of hits kept the Pop and R&B charts jumping for seven glorious years from 1968 to 1975, starting with their three career-defining RIAA gold Billboard #1 Pop/ #1 R&B hits, “Everyday People,” “Thank You (Falletinme Be Mice Elf Again)” and “Family Affair,” and their string of Top 40 hits that began with “Dance To the Music” and included “Life,” “Stand!,” “I Want To Take You Higher,” “Hot Fun In the Summer-time,” “Runnin’ Away,” “If You Want Me To Stay,” “Time For Livin’,” and more. Their top-charted RIAA gold, platinum and multi-platinum albums include Stand! (1969), Greatest Hits (1970), There’s A Riot Goin’ On (1971), and Fresh (1973), every one a classic.

Sly & the Family Stone laid down a template that was (and continues to be) picked up by a diverse population of artists. From Miles Davis and Herbie Hancock, to the halls of Motown and George Clinton’s P-Funk, from Michael Jackson and Curtis Mayfield, down the line to Bob Marley, the Isley Brothers, Prince, Public Enemy, Red Hot Chili Peppers, Arrested Development, the Black Eyed Peas, the Roots, OutKast, and on and on, Sly’s DNA is traceable to every cell of the musical stratosphere. To his credit, Sly and the Family Stone have been inducted into the Rock And Roll Hall Of Fame and the Grammy Hall Of Fame, and have received the R&B Foundation Pioneer Award, among many other recognitions of their importance and enduring influence.

Born in Denton, Texas on March 15, 1943, Sylvester Stewart moved with his family to Vallejo, California, a northwest suburb of San Francisco in the 1950s. Identified quite early as a musical prodigy, young Sylvester was adept at keyboards, guitar, bass, and drums by age eleven. He became known as ‘Sly’ in early grade school, after a friend misspelled ‘Sylvester.’ Sly played and recorded with several high school bands (usually with younger brother Freddie) and studied composition and theory at Vallejo Junior College. He was a wildly popular fast-talking disc jockey at R&B radio station KSOL in 1964 (and later KDIA), when legendary fellow DJ Tom Donahue hired him as a producer for his San Francisco-based label, Autumn Records. There Sly had a hand in successes with first generation Bay Area rock bands the Beau Brummels, the Charlatans, the Great Society, and the Mojo Men, and produced Bobby Freeman’s 1964 #5 Pop hit, “C’mon And Swim.”

By 1966, Sly was leading a band called Sly And the Stoners, featuring African-American trumpeter Cynthia Robinson. His brother’s band, Freddie And the Stone Souls, featured white drummer Gregg Errico. White saxophonist Jerry Martini urged Sly and Freddie to combine the best of both bands, leading to the birth of Sly & the Family Stone in March 1967. Freddie took over on guitar, as Sly quickly mastered the organ. Their sister Rose joined on keyboards and vocals, and bassist/vocalist Larry Graham completed the lineup. After a gig at the Winchester Cathedral club in Redwood City was witnessed by a CBS Records exec, Sly & the Family Stone were quickly signed to Epic Records.

Their debut LP, A Whole New Thing was released at the very end of 1967, but pushed too many boundaries to find a place at AM or FM radio. Advised to simplify his approach, Sly presented Epic with the tapes of the next album, named for its first single, “Dance To The Music,” a solid Top 10 hit on both the Pop and R&B charts. Sly & the Family Stone were almost there. The third LP arrived in late 1968, Life, but it barely dented the charts, overshadowed by the events of that fateful year: the assassinations of Martin Luther King, Jr. and Robert Kennedy, the escalation of the war in Southeast Asia, and the election of Richard Nixon.

All the pieces finally came together for Sly & the Family Stone in early 1969, as “Everyday People” finally gave them the RIAA gold Billboard #1 Pop/ #1 R&B hit they were destined for all along. Over the next five years, there was not a moment that Sly & the Family Stone were not being played on AM and FM radio, and appearing everywhere from Woodstock to Yankee Stadium to the grand stages of Europe, and on every television show from squaresville to ultra-hip.

Ultimately, the highs and lows of it all took their toll and the group disbanded in 1975, going their separate ways. But in the four decades that followed, the legend of Sly & the Family Stone has survived and thrived. As Legacy’s Artist of the Month for March 2013, the spotlight continues to shine on Sly & the Family Stone.