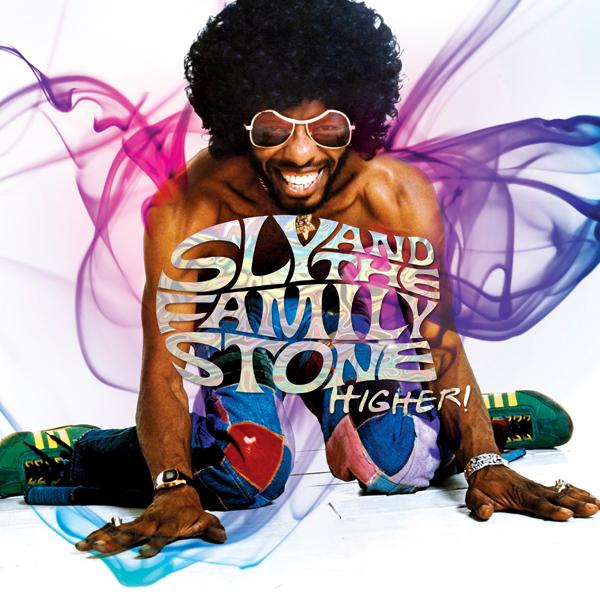 In stores today, the new Sly & The Family Stone Higher! 4-CD box set is earning praise everywhere! Here are some of the reviews:

This four-CD box [is] the richest overview yet of maybe the most visionary funk operation in pop history. Though Sly could write and play almost anything, Higher! shows how crucial his band was: the firecracker soul-shouting of sister Rose Stewart, the radical percussive technique of bassist Larry Graham, the sweet tenor of brother Freddie. When these voices fused – “Everyday People,” the wild soul-rock outtake “Pressure” – it was as good as music gets. Four and a half stars. – Rolling Stone

This long overdue boxed recap of Sly Stone’s most creative period, released on the event of his 70th birthday, is a sprawling, lavishly appointed and elaborately detailed, 10 inch large, four disc set that covers his output from 1964-’77. The 104 page book with an abundance of rare photos, concert bills, picture sleeve reproductions of 45s and specifics on each of the 77 tracks (17 previously unreleased) … this is the kind of detailed, extravagantly organized and crafted coffee table addition you didn’t think major labels bothered to release anymore. Four stars. – American Songwriter

The case doesn’t need to be made that Sly Stone — born Sylvester Stewart in 1943 — is one of America’s greats, but Higher! makes it anyway with the hits, album cuts, B-sides, shelved takes and more. …This box does not tread familiar ground and, arguably, serves as what should have been the first approach taken with a Sly & the Family Stone box set: an intelligently compiled, multi-disc package covering this period. Higher! is a very attractive package. …It is not a career-spanning overview of Stone, but an in-depth dig into Sly & the Family Stone. – The Arts Desk