“In mid 1971 Marvin Gaye asked the question ‘What’s Going On?,’ and Sly and the Family Stone answered ‘There’s A Riot Goin’ On.'” – Rolling Stone

There’s A Riot Goin’ On was released on this day in 1971. Revisit your favorite tracks — and pre-order the iconic album pressed on red vinyl: https://legacyrecordings.link/TARGOAW 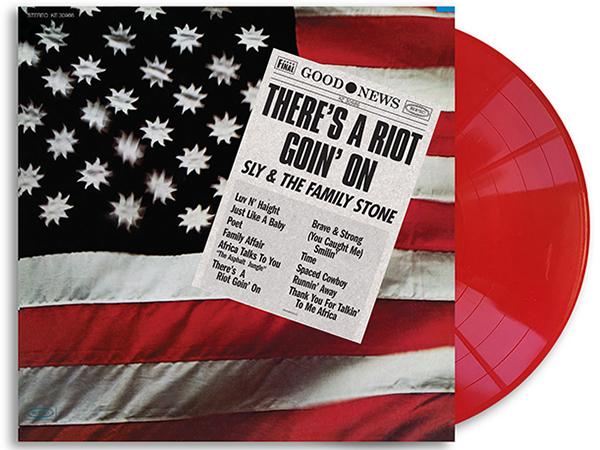 There’s A Riot Goin’ On, Sly & The Family Stone’s influential masterpiece of psychedelic funk turns 50 in 2021 and to celebrate, there will be a new limited edition version on red vinyl.

The album marked a shift in the band’s tone, striking a more political and militant vibe while showing Sly Stone’s disillusionment with the promise of the 60s. At the same time, it was also a big commercial success, hitting #1 on the album charts while the single “Family Affair” topped the singles charts.

There’s a Riot Goin’ On is still to this day highly regarded and continues to rank in many publications’ best-album lists, including Rolling Stone’s “500 Greatest Albums of All Time.” Pre-order your copy here: https://legacyrecordings.link/TARGOAW

The acclaimed documentary Summer Of Soul (…Or, When The Revolution Could Not Be Televised) is now playing in theaters and at Hulu! 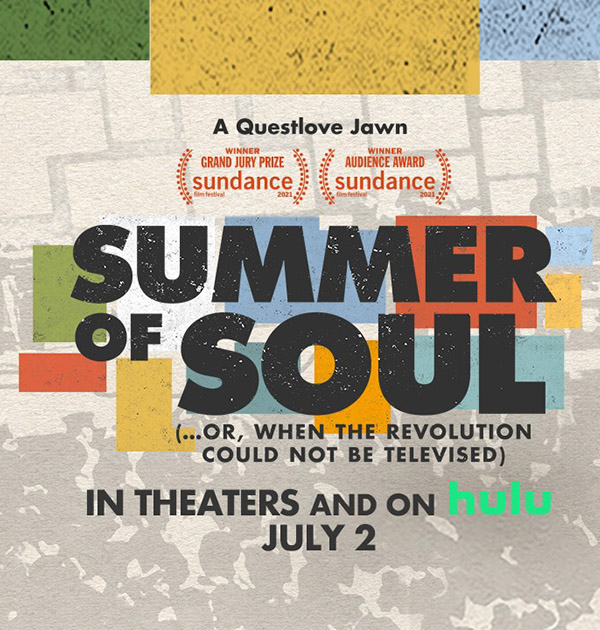 Summer Of Soul (…Or, When The Revolution Could Not Be Televised) is a feature-length documentary — part concert film, part neighborhood love letter, part interrogation of Sixties music-doc conventions — that has received early raves. The documentary arrives in theaters and on Hulu on July 2 and includes rare footage of Sly & The Family Stone.

Read how the film came together in this article at Rolling Stone.

A new trailer has been released for the documentary Summer Of Soul (…Or, When The Revolution Could Not Be Televised). The film, directed by Questlove, includes rare footage of Sly & The Family Stone.

Summer Of Soul will arrive in theaters and on Hulu on July 2. The film won the U.S. Grand Jury Prize and the Audience Award in the U.S. Documentary category at the Sundance Film Festival in February. 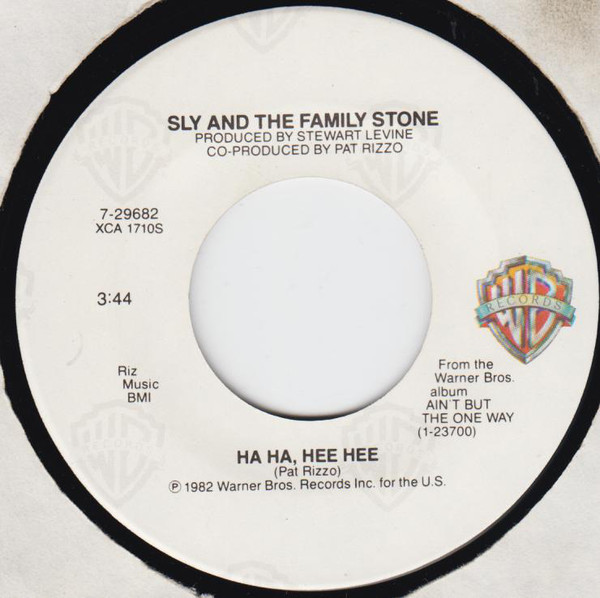 Questlove’s documentary, Summer Of Soul (…Or, When The Revolution Could Not Be Televised), will arrive in theaters and on Hulu on July 2. It delves into the history of the Harlem Cultural Festival which took place in 1969 over the course of six weeks at Harlem’s Mount Morris Park (now Marcus Garvey Park). The lineup for those shows included Sly & The Family Stone and the documentary features never-before-seen footage.

Summer of Soul had its world premiere at the Sundance Film Festival in February. It was awarded both the U.S. Grand Jury Prize and the Audience Award in the U.S. Documentary category. 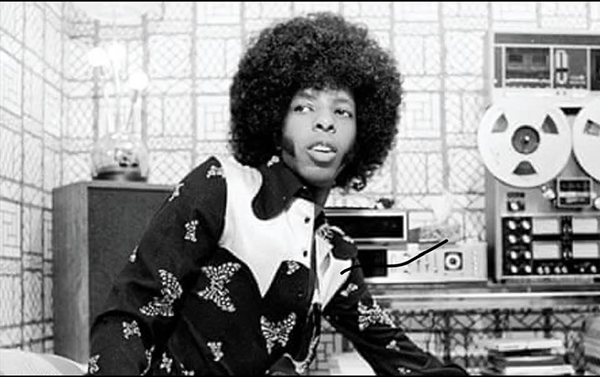 #MyBlackIs History. ✊? A classic song gets a brand new look. Check out this new animated video for Sly & The Family Stone’s “Everyday People.”

The untitled documentary follows the story of the influential artist, king of funk, and fashion icon Sly Stone, a musician who was breaking all the rules at a time when doing so was extremely challenging, even dangerous. The pressure of explosive mainstream pop success and the responsibility of representing Black America forced him to walk the fine line of impossible expectations.

Said Questlove, “It goes beyond saying that Sly’s creative legacy is in my DNA….it’s a black musician’s blueprint….to be given the honor to explore his history and legacy is beyond a dream for me.”

“Sly’s influence on popular music and culture as a whole is immeasurable, and what his career represents is a parable that transcends time and place,” said Amit Dey, Head of MRC Non-Fiction. “Questlove’s vision, sensitivity and reverence brings the urgency that Sly’s story and music deserve, and we’re excited to be working with him to bring Sly’s story to life.”

Thompson’s “Summer of Soul (… Or, When The Revolution Could Not Be Televised)” landed the 2021 Sundance Documentary Grand Jury Prize and Audience Award and secured a record-breaking distribution deal with Searchlight Pictures and Hulu. In addition, the accomplished musician and The New York Times bestselling author executive produced AMC’s acclaimed documentary series “Hip-Hop: The Songs That Shook America,” served as the executive music producer and composer on the A&E miniseries “Roots,” and co-produced the Grammy Award-winning “Original Broadway Cast Recording of Hamilton.” 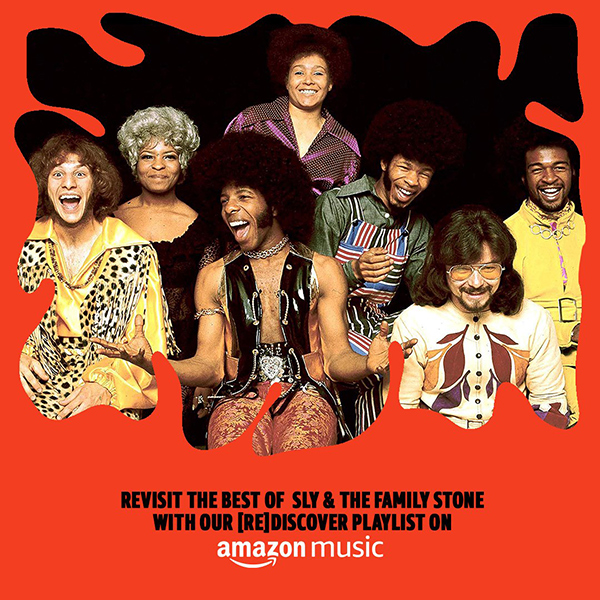 Sly & The Family Stone are featured at Amazon Music for Black History Month. Listen to their [RE]DISCOVER Playlist here! https://amzn.to/3aVHSSz

Legendary funk, rock and psychedelic records aside — in the ’60s they were the FIRST band with a lineup of men and women, racially integrated. The Bay area powerhouse laid the foundation for rock and funk bands for decades to come, bringing a uniquely vibrant energy during a time that truly needed it.

The new documentary Summer Of Soul (…Or, When The Revolution Could Not Be Televised), featuring rare live footage of Sly & The Family Stone, will be available at the virtual Sundance Film Festival at Sundance.org.

In 1969, during the same summer as Woodstock, a different music festival took place 100 miles away. More than 300,000 people attended the summer concert series known as the Harlem Cultural Festival. It was filmed, but after that summer, the footage sat in a basement for 50 years. It has never been seen. Until now.

Summer Of Soul is a stunning unearthed treasure destined to become a pillar of American music and African American history. In his striking debut as a filmmaker, the legendary musician Ahmir “Questlove” Thompson presents this transporting documentary—part concert film, part historical record—about an epic event that radiated the wholesale reevaluation of Black history, culture, fashion, and music.